Lovehoney frontwoman Aly Quiñones on what it was like for the band to create their new album (releasing 02/14/21) while the Covid-19 pandemic is still, sadly, a thing, being a little brown grrrl in a band making noise — and the William Burroughs quote she lives by.

AQ:  It’s been quite a ride these last couple of years, all full of learning experiences. We released some more music, played a bunch of shows, landed a centerfold write up in ClassicRock magazine’s May 2019 issue [print edition] and got this write up from them online. That was a big deal for us. We also had a few opportunities that fell through … but I’m grateful to have learned more about working with other people … and protecting our art.

MC:  Let’s get el elefante out of the room right away: How has the COVID-19 pandemic affected all of you?

AQ:  It’s been really difficult not being able to get together to create or practice. I miss my boys, haha. Plus not being able to perform and get a little reckless on stage has driven me mad! The stage has always been my safe place where I can be free and release my “demons.” Me and the guys keep up with each other weekly just to check in and make sure we’re all good. Some of us have picked up new hobbies, LOL. But overall we’re just trying to be responsible with how we’re going about our lives because we all have loved ones we’re trying to protect from getting sick.

MC:  I hear that. And congrats on the new album! What’s it like to put out new music during a pandemic?

AQ:  Putting out music isn’t so hard besides the normal stuff you have to do to protect your work. It was interesting how we were able to pull this off without being together. Tommy (our guitarist) had the idea for me to be on the cover by myself after many conversations and brainstorming, and his vision for what it should look like came out beautifully. The hard part is trying to get as many ears as possible to give your music a chance — especially when it’s a genre that isn’t necessarily what’s poppin’ right now.

MC:  I remember seeing you more than once while such things were still possible and you’ve always been poppin’ to me! Has there been an evolution to Lovehoney’s sound?

AQ:  I’m taking more risks vocally and playing with different textures and characters so I feel like I’m not always the same person when I sing. Tommy’s always been a great guitar player and he just keeps getting better and better with every new composition he comes up with. Tom and Matt always seamlessly find a way to add their magic to our songs, and I think it his album reflects how much we’ve evolved.

MC: I  wanna hear more about this album — your first full length — and how it came to be.

AQ:  LOVEHONEY is our first-full length album, and it’s definitely a journey worth going through from start to finish. There are 10 tracks. The first half of the album has aggressive sleazy guitar tracks, and by the second half you’re floating on air. We really wanted to show our softer side and experimented with our sound for the more mellow, ethereal tracks. We recorded our album at Sabella studios with Will Harris, who also engineered and mixed our EP, Cruda. Creating this album was so much fun, and you wouldn’t think we had not seen each other in months due to the pandemic. We picked up right where we left off and it was amazing. Some of the tracks were songs we were working on already, some were written during the worst quarantine when Tommy and I would have video chats, and the rest were written during the recording process. It was fun to get to work and create this new project. I’m proud to be a part of this group.

MC:  Is there any significance to releasing the album on Valentine’s Day?

AQ:  Girrrl, there is not a more perfect day than the most Barry White day of the year for a full-length LOVEHONEY album to come out!!!

MC:  Can’t get enough of Lovehoney, baby, haha! Back when you were a guest on my then RFB show Fish Out of Agua, we not only talked about the band, but on your specific personal journey as a fellow Nuyorican, woman and artist since then. Has it gotten easier for you, more difficult?

AQ:  I am absolutely a New York Nuyorican haha! With my broken-up Spanish and Rosie Perez-esque New York accent I’ve been pretty lucky to be surrounded by so many eclectic artists who also have Latinx backgrounds making all kinds of music and art. It’s really inspiring. I don’t know if it’s gotten easier but I for sure am getting more comfortable knowing there’s more representation than I thought in my own community. Most people don’t know that I am also of Surinamese and Guyanese descent on my dad’s side, so I got many layers within me that I haven’t yet explored. I’ll tell you one thing I don’t see anyone like me doing what I’m doing the way I’m doing it, and I hope I see a lot more brown grrrls in bands making noise.

MC:  Yaaaaassss to brown grrrls (and all grrrls) making noise! One more question and I’ll let ya go. What would you say to a young (after all, you’re like 30 now, haha) who may want to follow a dream that seems to be derailed now?

AQ: I think if you have a dream make sure you really love it because it’s that love for what you’re doing that’s gonna get you through these difficult times. Be creative in using your resources, and in the wise words of William Burroughs to Patti Smith, build a good name: “Keep your name clean, don’t make compromises or worry about making a bunch of money or being successful, be concerned with doing good work and make the right choices to protect your work. And if you build a good name, eventually, that name will be its own currency.” That quote has stayed with me for years, and I live by it, by not making compromises and protecting our work at all costs. Because at the end of the day I know what moves me isn’t always gonna be what’s popular — but it’s always gonna be authentic to me and the guys.

LOVEHONEY releases Valentine’s Day, February 14, 2021, and can be found on all music streaming platforms. You can also visit their website lovehoneymusic.com and purchase a bundle they created that includes an old-skool CD. 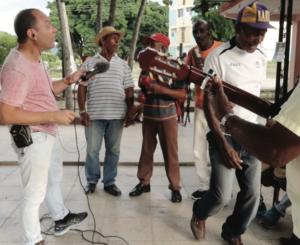 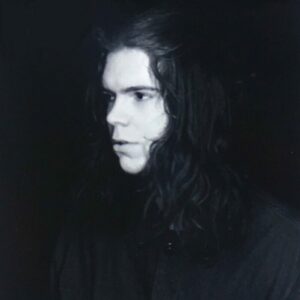