Hosted by Matt Attack LIVE every Monday at 8:00pm

The Rodent Hour brings you the music of Brooklyn and beyond to the world. The show features interviews with independent musicians along with a curated playlist of music. Matt Attack has conducted interviews with over 240 unique artists from places such as Detroit (MI), Durham (NC), Nashville (TN), Scranton (PA), Philadelphia (PA), Atlanta (GA), Denver (CO), Petersburg (IN), Portland (OR), London (UK), Pamplona (ES), Toronto (ON), Halifax (NS), Stockholm (SE), Dublin, (IE), Glasgow (SCT), Perth (AU) and, of course, New York City.

The name of the show is an homage to the friends that I made during my misspent youth, those lifelong friends who joined me on those weekend nights so many years ago and whose eclectic tastes still influence the selection of artists and music that is featured on the show. 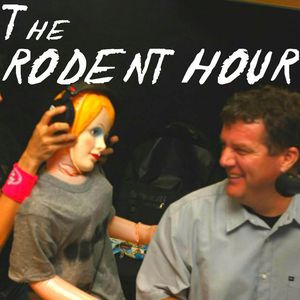 The Rodent Hour plays independent rock ‘n’ roll from Brooklyn & beyond every Monday evening at 8PM on Radio Free Brooklyn. We curate our playlists with an ear towards our featured artist performing at a local venue with the out-of-town artists included on the show's playlist.

I like to think that my love of music is bred in bone from the nights spent watching the emergence of the Canadian independent music scene in the northern city of Edmonton, Alberta. Many nights were spent in the middle of a thundering local music scene supporting local independent bands like SNFU, Troc ’59, Route 66, Jerry Jerry and the Sons of Rhythm Orchestra and The Thieves, while the university radio station – CJSR – brought in emerging acts still on the bus to the big time: The Shakin’ Pyramids, D.O.A., NoMeansNo, The Blasters, X, The Hoodoo Gurus, Teenage Head, Rank and File to name just a few.

More than 10 years after the launch of The Rodent Hour I’m still inspired by the amazing music being created by independent musicians that play with the ferocity and intensity that I grew up listening to.