”Oh wait, I thought we were doing costumes for the 100th?! So I just bought this Jorge Luis Borges full-body suit and mask for nothing? Seriously, we talked about it and everything!”

Radio Free Brooklyn has hosted many shows over the years, but not every one hits episode 100. We had a chat with The Plaster Cramp crew from Improbable Confetti (John, Matthew and Mason), which was kind of like… an… improbable confetti, haha!

RFB: Tell us a little bit about the creative (or other) path(s) that led to you doing your show and why you chose RFB.

John: We all played together in a pretty tightly scripted band before this and the idea of basing a new project on freeform improv was a nice counterbalance.

Matthew: We were using our musical freeform sessions as building blocks for songs, and then embraced the beauty of that spontaneity as the goal, not the means to an end.

John: Using improv to make the first record had been fun and fruitful… and we’d seen the RFB call for new show proposals. One afternoon while brainstorming ideas to keep ourselves busy we put the two together.

Mason: We’d all been fans of our friend Gabrielle’s [former RFB host Gabrielle St. Evensen] show on RFB called Eccentric Ear, and it seemed like a welcoming and vibrant community.

RFB: What was behind your concept, some of your musical influences, and your dream live guest(s)? (Now that the damned #CoñoCarajo pandemic is going (hopefully) buh-bye.)

John: We thought unscripted, unedited, contemporaneous experimental music sessions would be fun. A show like Improbable Confetti would have thrilled me as a kid. Sonic Youth looms large. Dream guest: Yuka Honda.

Matthew: Pull the curtain back from an Improbable Confetti show and you find the musical communication of the three of us in our present state of mind. I’m distressed? I bring that to the studio. I’m mad at the world? I bring it with me. I’m in love? It’s all in there. Dream guest: Shahzad Ismaily.

Mason: Surrealist Punk Rock was the guiding ethos of the band from the beginning (with very loose definitions for all three of those words) and the musical ferment of the Downtown New York scene has also been a very strong influence on all of us. Dream guest: The ghost of Lizzy Mercier Descloux.

John: Searching for and developing ideas relatively quickly is the motivation and the goal. It can be challenging and messy, but when it takes off—it really is satisfying.

RFB: One hundred episodes is quite a milestone! Tell us how Improbable Confetti has (or has it?) evolved since your first episode.

Matthew: I’d like to think we’ve evolved, stood upright at the base of the black monolith and all. I’ve grown a third ear. It helps me listen in the moment from outside myself and helps me to react musically in ways that keep the conversation flowing and compelling to my partners in crime.

John: There are lots of potential pitfalls in an hour of unscripted group music-making. We are continually trying to identify and avoid them. There are also just as many ways to keep things interesting and afloat, which we try to identify and embrace. Hopefully we’ve gained advantages in both over time.

Mason: God, we’ve learned so much since we started! And we’ve had to make some changes because of COVID-19, but still, the overall form of the show has been remarkably consistent: we flip the mics on for an hour and it’s just the three of us, pulling things out of the ether in real time, with just each other for a net.

RFB: Are there any episodes that stand out for you in any way? Because of things that went great… or that didn’t.

John: Some episodes really work… and there are a few that really do not. My favorite bits are when we can’t even tell who is playing what, and the sound takes on a life of its own. And having a guest is always memorable.

Mason: There was an episode where all three of us had the flu. Somehow we dragged ourselves to the studio, not even managing to schlep half of our instruments, feeling like death. But we all started playing and lost ourselves for an hour and emerged light and giddy, like we’d collectively exorcised something.

RFB: What can people expect to hear/experience from Improbable Confetti’s 100th and how do you envision the show going forward?

John: The 100th will be a regular show… I think. An increased variety of guests, instruments, and multimedia seem likely and desirable developments, looking ahead.

Matthew: Going forward, I’d like to experiment with improvising to visuals or recording the hour in front of a live audience, maybe even curate a show around the idea of improvisation and spontaneity. Oh, and yes, to have more guests too.

Mason: Oh wait, I thought we were doing costumes for the 100th?! So I just bought this Jorge Luis Borges full-body suit and mask for nothing? Dammit guys… I suppose going forward for the show, I’d either like to use this goddamn costume (I had it tailored and everything!) or get some sort of rebate. Seriously guys, we talked about it and everything!

Tune in to The Plaster Cramp’s Improbable Confetti, this coming and every Thursday at midnight. 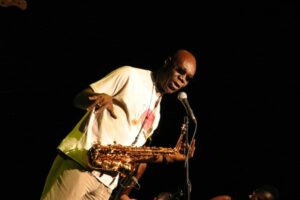 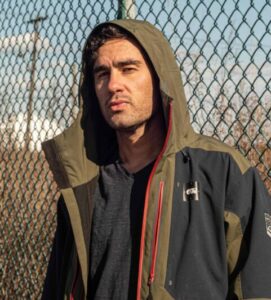