Kinsound of “Far Reaches of Dub,” on using the music he loves to help provide a sense of community in a time of isolation and uncertainty.

Hey kidz! Hard to believe this is the 10th installment of our series showcasing RFB hosts doing weekly shows from home. And as NYC finally begins to emerge from our three-month lockdown, we continue to protest against police brutality, systemic racism — and for the too-long overdue reforming of our collective society. Will we ever look back on this endless loop of blending days and boundless anger and say, you know what, “It was hard, it was relentless, sometimes it seemed impossible, but in the end, we done good.” I hope so. Perhaps that day will come before very much longer. Black Lives Matter.
Your friendly redheaded editorial director,
MicheleC

Hello, Radio Free Brooklyn! I’m Luke Gernert and my show is called Far Reaches of Dub. It’s a music show with occasional talk, where I explore Jamaican music and its vast impact on genres as diverse as shoegaze, punk, post-punk, hip-hop, trap, jungle, grime — and beyond. I’ve been with RFB for nearly two years. My first episode was actually on my birthday, August 5th, in 2018. Until the coronavirus pandemic began and NYC went on lockdown, I was broadcasting live from RFB’s Bogart Street studio.

In 2012 I was studying abroad in London and had my first exposure to soundsystem culture at the many underground raves I went to. I had no idea while I was dancing all night in these giant dark warehouses on the outskirts of London that I was actually participating in a culture that began in Jamaica in the 1950s. As I learned more about that link, I became fascinated with the unseen roots of that music culture, and the more I learned, the more I wanted to share that knowledge with other people.

I don’t think people give dub and reggae enough credit for their influence on modern music. It’s very easy to hear a jazz sample in a hip-hop song and think, “okay, jazz influenced hip-hop,” or hear the sound of the blues in rock ‘n’ roll. It’s not quite as easy to hear a certain reverb or echo in a pop song, or even just a certain mixing style — and realize that you’re hearing dub. So that’s why I joined RFB and started my show, to try to share my love of Jamaican music and help people understand its real legacy.

My setup is in my bedroom right now: It’s just a pair of digital decks, a laptop and my cellphone. I found a way to connect my phone to the decks and use it as both a microphone and a dub siren, which is fun. However, my equipment is not nearly as good as what we have in RFB’s studios, so it’s more technically challenging. Another big downside is that I can’t have guests on now. I had some cool guests lined up right before the pandemic hit — and am looking forward to doing those episodes on the flip side. But one nice thing is, I’ve seen more active engagement than I used to, which I think comes from people being stuck at home and getting bored of watching Netflix.

Lately, I’ve been playing less gnarly post-punk and d ‘n’ b and more classic reggae and dub (along with a lot of rocksteady), because I think people want that calming music to take their minds off things. I’m also not spending as much time proselytizing about the importance of dub music. I just want to provide people with some relaxation and some positivity during all this madness going on. And dub music is definitely good for a troubled mind.

Well, I wouldn’t be a good RFB member if I didn’t say that independent community radio has always been important. And yes, I think there is an even greater need now. With all the isolation and uncertainty, it’s really valuable to find moments of connection and humanity. And when you listen to a live radio show as opposed to a Spotify playlist, you’re experiencing a connection with another person in some small way. It provides a sense of community that people are definitely lacking right now. 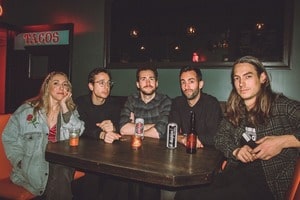 Atlas Engine Shares Synth-Fueled New Single “Where Have You Gone?” 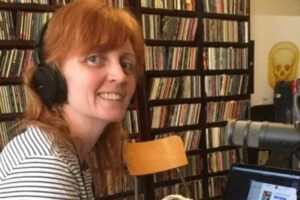