Some people take lemons and make lemonade, but Emily Scott and Jamie Lerner of “Middle School Happy Hour” took a pandemic and made a musical peanut butter, jelly and storytelling sandwich out of it!

Hey kidz!
It’s been a while since we posted one of these — life has a way of telling you who’s the boss sometimes and boy, did it in a big way these past couple of weeks! But things are on the upswing now (the only way they can go) and it’s hard to believe this is the 11th installment about our hosts who do their weekly shows from home. It’s almost July as I write these words — seven months into 2020’s Year of Suck — yet as NYC oh-so-tentatively enters Phase 3, I can also almost believe the day will actually come when we’ll look back on this time of upheaval and endless loop of blending days and say, “You know what, we done good.” Youse know what to do — so keep doing it— and perhaps that day will come before very much longer.
Your friendly redheaded editorial director,
MicheleC

Hi everyone! We’re Emily Scott and Jamie Lerner of Middle School Happy Hour, a music show with some storytelling sprinkled in. We focus on music from the time we and / or our guests were in middle school, and explore how that music intersected with that formative period in our lives. We’ve both been involved with Radio Free Brooklyn for about a year now (Emily also hosts Objection to the Rule) and have been doing Middle School Happy Hour together since September 2019. We’re also both interested in performance, media and journalism, so radio felt like a natural step for us to partner on something. Emily [was the one who] actually did some googling and learned that Radio Free Brooklyn was basically our next-door neighbor, so it was a no-brainer for us to join!

Ever since COVID-19 shut everything down, we’ve been broadcasting out of our Bushwick apartment from what-used-to-be-Jamie’s-room-but-is now-Emily’s (yes, we’re roommates, too). It sort of feels like we’re doing a podcast instead of a radio show now [since we’re no longer live], but it’s also nice to be able to edit out any mistakes or audio problems before the show airs — although it it does take a bit of extra work to make it come together each week. We use two Marantz MPM-1000 Condenser Microphones and a Teyun A4 4-Channel mixer, record the audio in GarageBand and edit it in Audacity, which sounds like an extra step, but unfortunately there’s something about the mixer that makes it want to crash Audacity on the reg. On the bright side, though, we’re getting really good at sound editing!

But there is a downside: we don’t have guests at home, which has been sort of a bummer, because our guests would guide the music we played along with the storytelling. And now that we’ve been doing the show from home, we’ve had to explore those different themes and music choices on our own — and work to keep the show relevant and different each week — which, actually, has been a fun challenge! People are really looking for sources of comfort and nostalgia right now, whether that’s through peanut butter and jelly sandwiches or re-watching your favorite movies, and we believe music is definitely part of that as well. By going back to middle school, hopefully we’re bringing people the nostalgic tunes — and comfort they’re craving!

We hope everyone is staying safe and healthy! If anyone would like to submit a song and story from their middle school days for one of our crowdsourced episodes, we’d love to hear from you and share it on RFB! Follow and DM us on Instagram: @middleschoolhappyhour 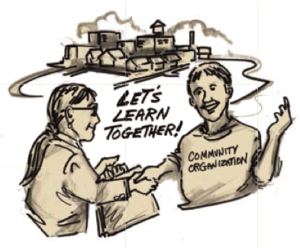 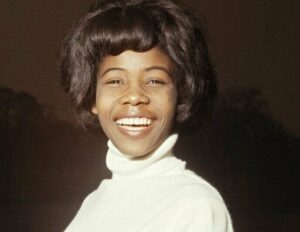