In #RFBatHome (Part 5), Kent Koren shares how “The Mothers of Connection” continues to thrive during the COVID-19 pandemic.

Part 5 of #RFBatHome, our ongoing series featuring our intrepid show hosts who continue to put out new content each week… from home! As we enter our third month of “NYC on Pause,” we want to give you all our thanks for keeping on keeping on.
Your friendly redheaded editorial director,
MicheleC

Hello! My name is Kent Koren and I’ve hosted “The Mothers of Connection” show on Radio Free Brooklyn since March 22, 2019. The MOC is a show dedicated to the work and vision of the one and only Mr. Frank Zappa. My idea was to open the doors, “soft sell” and roll out the welcome mat for those music fans that may be apprehensive about listening to him. I thought an artist so prolific, with songs rooted in nearly every genre, surely could appeal to more people if only served up in a fun and comprehensible way. So that became my mission: to spread the good word of Zappa while easing more people into his incomparable catalog of groundbreaking music. (I also really just wanted to explore my personality on the mic again.)

I’ve always loved live radio and wanted to be a DJ. When I was college, I had a radio show called “Peabody and Twiddles,” but hadn’t pursued a slot on any station since. Twenty-four years later, after a deep Google search for radio stations in Brooklyn (where I was living at the time), I found a radio show called “Cosmic Debris” listed on RFB’s website. Since “Cosmic Debris” is also the name of a Frank Zappa song, I immediately assumed it was a show dedicated to him. I emailed the host, Billy C., who told me he just liked the name and went on to tell me that if I wanted to do my own show at RFB, to just reach out to Tom.

I submitted a show proposal only to learn that due to certain copyright restrictions, I couldn’t do a full hour of Zappa’s music. So I decided to play a few songs, then connect them to the other 100 musicians he had played with — Talking Heads, David Bowie, Steely Dan and Jean Luc Ponty — just to name a few. As for the name of the show, I played off the name of Frank’s early band, The Mothers of Invention and called it, “The Mothers of Connection.”

I now live in a town in Westchester County called Dobbs Ferry. I really loved the adventure of heading down to RFB’s studios and getting lost in each week’s show. But now that we’re in the midst of the COVID-19 pandemic, broadcasting from RFB is no longer possible and I have been doing the show from a triangular room in my house I’ve dubbed, “The Signature Room.” As for equipment, I have a Sennheiser Cardioid Dynamic Vocal mic and my preamp is a Focusrite Solo Scarlett 2i2 — both of which allow me to record very well.

Yes, the excitement of being in the studio is gone. But that said, the MOC has maintained its integrity, both tonally and technically. The biggest challenge is that my set up doesn’t have any way for me to see my levels, so I’m not sure how hot or low my mic might be. I also just miss having a classic board to slide those levers up and down. But I am really impressed how easy it’s been and how good the sound is.

The pandemic has inspired me to play music that is more heartfelt and reflective of the current situation. Zappa’s music is historically heavy… but not overly empathetic… so I’ve been creating show themes like “Together” and “Stay Away.” I’m considering opening up the format to being solely a connection show, agnostic of Frank. While Frank Zappa fans are devout, they can also be… opinionated (haha). But I think playing music that is more uplifting is the right move now.

Radio Free Brooklyn and “The Mothers of Connection” has led to a lot of positives in my life. It gives me a platform for my music obsession/passion, and refines my speaking and performing voice. It has also opened me up to interviewing seasoned musicians, sharpened my audio technical skills and, prior to the pandemic, allowed me to see plenty of live music and interview performers I never thought possible. (I look forward to the time when it will be possible to do so again.) I sometimes wish I didn’t wait 24 years to do this again — but it’s pretty great to be doing it again, now. Thank you, Tom for keeping the spirit going!

Tune in to The Mothers of Connection Saturdays at 9:00 a.m. 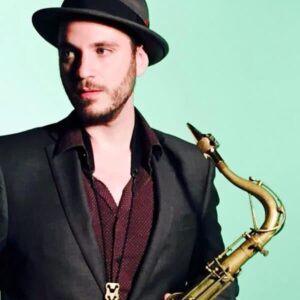 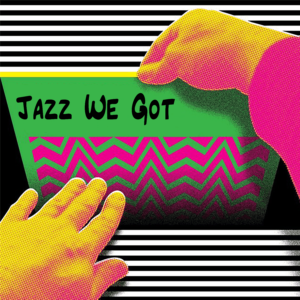 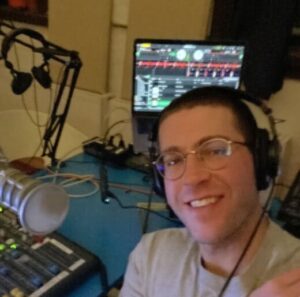