#RFBMilestones: Jim Melloan and “50 Years Ago This Week”

Jim Melloan of “50 Years Ago This Week” has been bringing popular music from the 20th century to new audiences since RFB began. Read on for the method (and memories) behind his music madness! (That's Jim on the left with his sisters 50 years ago, in 1971.)

We spoke with OG RFB host Jim Melloan about his music memories, and what sparked the idea behind “50 Years Ago This Week.” We also learned what makes popular music now so different than popular music back then. (“Get off my turntable!” haha).

RFB: Tell us a little bit about the path(s) that led to you doing your show and to Radio Free Brooklyn.

JM: My parents were both journalists from Indiana (my father wrote and edited for the Wall Street Journal for 54 years). I was born in Detroit; but we also lived in Cleveland, Atlanta, and New Jersey when I was a young child. When I was 11, Dad became a foreign correspondent and we moved to London, England for four years, then moved back to the same town in Jersey. I remember hearing AM radio as a child, specifically WABC New York, and their DJs (Dan Ingram, Harry Harrison, etc.). Plus, when we visited family in Indiana I spent time with my older cousins who had tons of 45s they would dance to, so I learned a lot of what was going on in early-to-mid-‘60s music from them.

When we moved to London, the BBC started a new pop music station called Radio 1. We listened to that a lot, and I remember specifically there was a DJ named Alan Freeman who had a show called Pick of the Pops. And every Sunday from 5–7pm (if I recall correctly), he would count down the Top 20 songs of the week. Also, my sister and cousin and I were once on the British television show Top of the Pops (which was the U.K. American Bandstand, but more prestigious because it was aired in prime time). We saw Donovan and the Bee Gees, who sang “I’ve Gotta Get a Message to You.” So I’ve always been aware of music. At college (Wesleyan) I was a theater major with a weekly morning show on their station, WESU-FM Connecticut, but I didn’t do any more radio until RFB.

JM: In 2012, I moved from New York City back to my parents’ house in Jersey. I’d recently lost a long-time job and my father needed help taking care of my mother, who was terminally ill. In 2013 I decided I needed a creative project. I had long admired the practice of my friend Trav S.D., who has written and published a book about vaudeville and another about old silent comedies. At that time he also made daily posts on Facebook about old vaudeville, movie, or TV stars born on that day. So I hit upon the idea of doing a weekly post about what songs were at the top of the charts 50 years ago. I would write a short bit about the song and post a link to a YouTube audio or video with it, along with links to covers of that song (if any).

My first post was on April 27, 2013, about Little Peggy March’s song “I Will Follow Him,” which was No. 1 on that date in 1963. I kept that up every week until early 2015, when RFB founders Robert Prichard and Tom Tenney, who I had known for years, approached me and asked if I wanted to do a radio show based on the 50-years-ago posts. To which I answered, “Sure!” So the radio show 50 Years Ago This Week premiered along with RFB itself, in May of 2015. I commuted to Brooklyn to do the show weekly until the summer of 2016, when I moved back to Brooklyn. And I still do the weekly Facebook posts.

RFB: I love the premise of 50 Years! But why did you choose 50 years ago as your line of demarcation, as opposed to 40 or 30? Did you just want to showcase that era’s music?

JM: When I started the Facebook posts, I was going back to the very beginning of my consciousness of popular music. I was seven in April of 1963. So most of the tunes I was playing were at least vaguely familiar to me, and they wouldn’t have been if they were just a few years older, although I have listened to a lot of “oldies radio” over the years, so I’m pretty familiar with those too. And yes, I definitely wanted to cover the music of the ‘60s.

RFB: So you actually remember many, if not all of the music you’ve played over the years! Who/what are the bands/songs you still listen to?

JM: I don’t quite remember everything. Almost every week there’s one or two songs where I’m like, “never heard that before.” And there is a bunch more where I’m like, “Whoa, haven’t heard or thought of this in 50 years!” But I don’t go, “Oh I’m in the mood to hear X so I’ll play X.” It’s much more complicated than that. Truth be told, half the time I just have my iTunes on party shuffle. I buy everything I play that’s digitally available and put it on iTunes, so over the years my library has become increasingly populated by music from the ’60s—and now, the ’70s.

Currently, I have 9,529 songs, and would guess maybe a quarter of them were bought specifically for the show, though there are quite a few songs I already had on iTunes anyway. So I have a pretty complex weirdo system for semi-randomly choosing what I listen to. In addition to the party shuffle, often it’s other RFB shows and a lot of other stuff.

As far as my faves go, the Beatles, the Who, and the Beach Boys are the top three I still listen to. I was never a huge Stones fan but I am enjoying them a lot now. And I also love the very poppy, sunshine pop from the ‘60s like Petula Clark, Spanky and Our Gang, The 5th Dimension, the Mamas and the Papas, etc.

RFB: What is the takeaway you hope people get from 50 Years Ago This Week?

JM: For people who are around my age (I’m 65 now) there are the associations you have with all these songs you first heard 50 years ago. They really bring back memories for everyone who was exposed to music back then, and it’s really a pleasant jolt. I’ve talked to people somewhat younger than me whose recollections of the music are there, but more vague—like they remember hearing a song playing on the radio in the kitchen when they were five. And even younger people say they remember these songs because their parents had the records. I always give some information about the artist and the song the first time I play it on the show; I hope that stuff is entertaining and informative.

And it’s also fun to discover (or rediscover) some of the truly weird stuff that actually made the Top 40: like a guy imitating Bobby Kennedy singing “Wild Thing,” or “They’re Coming to Take Me Away, Ha-Haaa!” Or the song “Timothy,” about cannibal miners, or “The Battle Hymn of Lt. Calley.” I recently premiered a record by a DJ which interspersed bits of “What the World Needs Now is Love” and “Abraham, Martin, and John” with news reports of the assassinations of John and Bobby Kennedy, and Martin Luther King, along with their speeches, and interviews with children who don’t know what words like “prejudice” mean. That one made it to No. 8 in 1971!

Also I have a lot of fun on the show, and often things I say can be pretty funny (I think). And finally, I have to say, in all true reality, popular music in general was much BETTER back then! That’s not just an old codger expressing a get-off-my-lawn resentment of the younger generations; there are a bunch of YouTubes out there that demonstrate technically how much more limited the palette of today’s top-charting music is. It’s louder, there’s much less melodic variety, it’s all “written” by two Swedish guys, and the lyrics are shite. I’ve had much younger people express to me how much more varied the music I play is compared to what’s on the Top 40 today. I think you can hardly ever find a modern song in which the melody and chord progressions are hopeful or transcendent; the powers-that-be have ensured that everything has the same sing-song inconsequentiality.

But the upside to today is that we have access to an amazing variety of music being made, even if the good stuff isn’t the most popular. That’s why RFB is such a great place to discover it.

Tune in to 50 Years Ago This Week Tuesdays at 8pm. 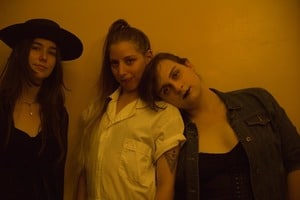 Interview: Mean Siders Discuss Their Evolution On New EP “All Of Us” 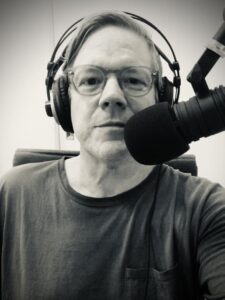 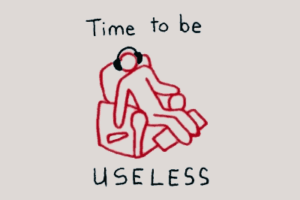