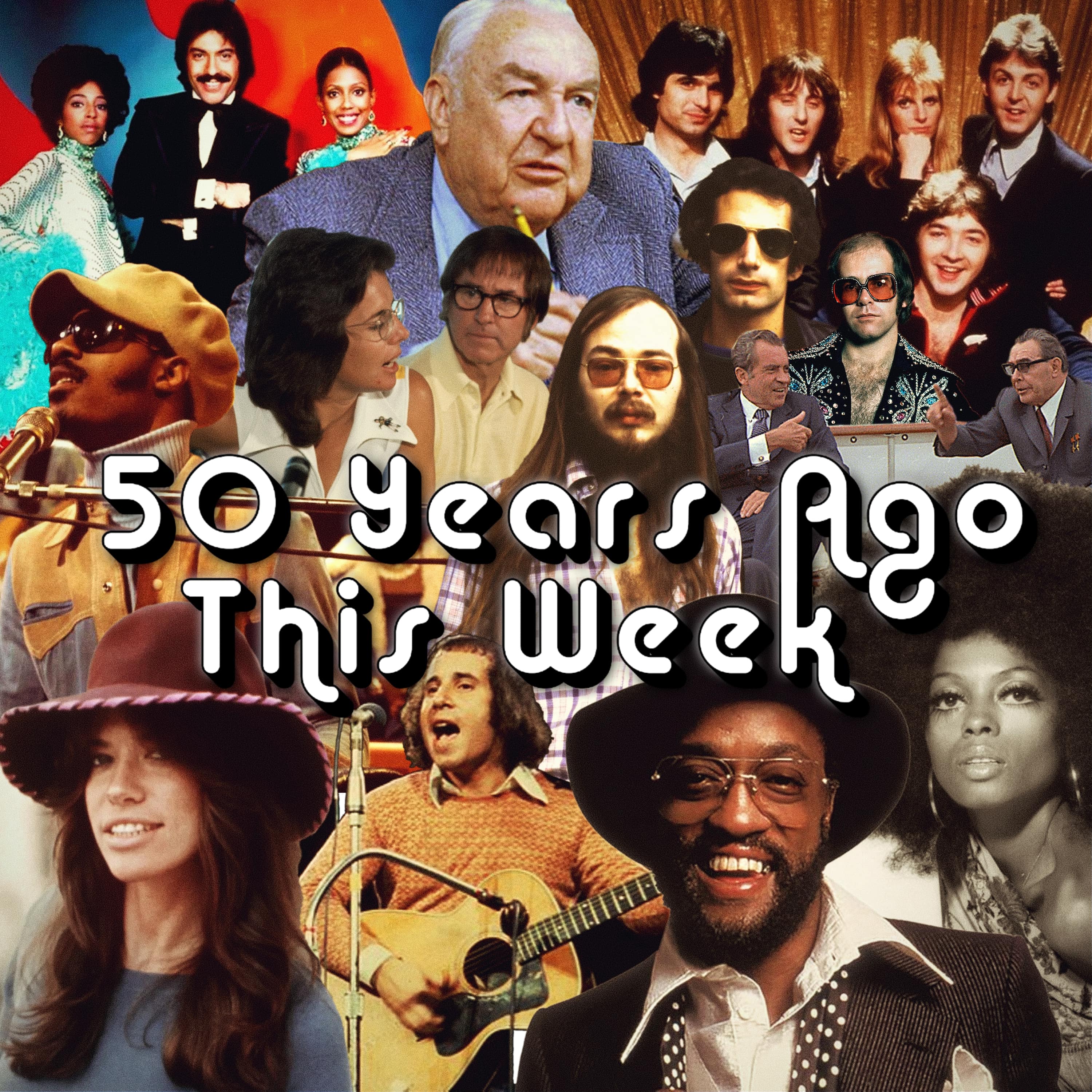 50 Years Ago This Week

Hosted by Jim Melloan LIVE every Tuesday at 8:00pm

Jim Melloan spins the hits of the Top 40 from 50 years ago, as well as different versions of many of the songs from across the years. He also supplies commentary and facts about the songs and their composers, the recording artists, and personal recollections. It’s 1971. Carole King and Carly Simon join James Taylor to form the early seventies soft rock reigning triumvirate. All four former Beatles have solo hits, and Paul and Linda McCartney debut as a duo. The Who puts out its classic Who’s Next album featuring the hit “Won’t Get Fooled Again.” The Osmonds, John Denver, and Rod Stewart make their first Top 40 appearances. Hamilton, Joe Frank & Reynolds beg that you not pull your love out on them, baby. The Vietnam war and demonstrations against it rage on. Ping-pong diplomacy kicks off the beginning of relations with China. Relive, or discover, the music of 1971 here.

Jim Melloan is an actor, editor, musician, and writer. He has been involved with the downtown NYC performance scene since 1996. He has worked as the project manager for the Inc. 500|5000 list of fastest-growing private companies for Inc. magazine, and as a writer for Worth magazine. He was a founding member of the ImprovBoston improv troupe in the early 1980s. He is a singer-songwriter who plays keyboard. Five years ago he started doing a weekly post on Facebook about chart-topping hits from 50 years ago. In 2015 he expanded on the concept by starting an occasional column on this music for the downtown newspaper ChelseaNow, and creating the 50 Years Ago This Week radio show on Radio Free Brooklyn.