Matt Attack has conducted interviews with over 240 unique artists from around the world. This is the one he’s having butterflies over.

She’s been a vocalist on some of the biggest-selling rock albums of all time, including Meat Loaf’s Bat Out of Hell, has been making music ever since—and will be a guest on the December 6 broadcast of The Rodent Hour with host Matt Attack in advance of her December 21 appearance at NYC’s Cutting Room.

Foley released her fifth solo album, Fighting Words, in August 2021. The album has garnered some of the best notices of her career, with accolades from music sites such as Classic Rock Magazine and Songfacts. In addition to Foley’s extensive musical discography, she enjoyed a dual career as an actress throughout the 1980s-90s, including roles in Hair, Tootsie, Fatal Attraction, Married to the Mob and Cocktail, along with TV roles on Night Court, Ghostwriter, and Law & Order.

Ellen Foley will perform at The Cutting Room on Tuesday, December 21 with her band The Worried Men. Doors will open at 6:00 PM; show at 7:00 PM. Fighting Words is available now on CD and download, with autographed copies of the CD for sale at Bandcamp. For tickets and info: http://thecuttingroomnyc.com/

So what will this vocal legend and Matt talk about? Tune in and find out!

Tune in to The Rodent Hour December 6 and every Monday at 8pm. 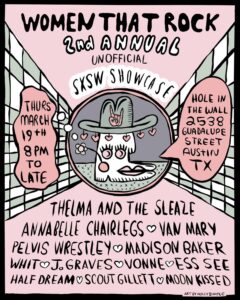 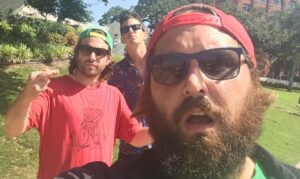