Many people love music, but to Eric Speck, letting it render you “useless” is an even higher calling.

Hello Radio Free Brooklyn! Eric Speck of “Time to Be Useless” here. I’m a Jersey-reared ex-Manhattanite that migrated back across the river to Jersey City a dozen years ago. My current day job is in advertising technology; by night, I’m a managing partner of the Jersey City-based über-cool Pet Shop Bar. I am also the creator, producer, editor and host of a music commentary podcast called “Convince Me to Like This Band,” which features extreme fans of polarizing bands. I’m an active show-goer and record collector, and am thrilled there are so many great bands around now. It’s a great time to be a music fan!

I have a long and sordid past in the music business, holding many a job at record stores, record distribution companies and rock ‘n’ roll venues across the U.S. I’ve been a record industry executive (sorry), and was talent buyer for the now-defunct, legendary NYC music venue Brownies. I was also the founder of a now-long-time-dormant-but-once-kinda-sorta-cool indie rock label called Ace Fu Records, which released disks by such artists as Pinback, Man Man, DeVotchKa, Priestess, Secret Machines and Ted Leo.

When I was in high school, I volunteered at the iconic Jersey-based radio station WFMU, which was a transformative experience. I learned so much about music and radio that it set me on a path to explore that world for the next few years. In college, I was heavily involved in my freeform college radio station, WMUC-FM, where I hosted a weekly radio show and produced live, on-air music shows, eventually becoming the station’s Promotion Director and Program Director. It was one of the best periods of my life.

Freeform and community radio is in my blood. It’s the only radio to which I listen and, in my opinion, the only radio that matters. I was drawn to Radio Free Brooklyn because its agenda and execution is perfectly in line with what radio should be. I love RFB’s programming and its collection of so many new and exciting, different and interesting voices — and perspectives to discover! I also greatly admire and respect the commitment they have to the local community.

I lifted the name of my show, “Time to Be Useless,” from the Cloud Nothings song, “Stay Useless,” where they have the lyric: I need time to stop moving / I need time to stay useless. Besides the fact that it’s a great song by a great band, the lyric is also especially poignant for a frenetic, neurotic, fast-paced, stressed-out and high-strung Jersey Boy like myself. And it also perfectly fits the concept behind the show. I love the idea of pausing one’s hectic life and just “being useless” for a while (probably because I find it so damned hard to do).

Taking time out of your day to consciously absorb music and open the door to inspiration is a critical part of being enlightened, but most folks don’t even bother to try. However, when it does happen, it can be a transformational experience! There is nothing as precious as the moments where you just open your mind and let the music drive your imagination, prompt your critical thinking and lead you into a higher-emotive, perhaps zen-like state, where you stop working, stop moving and release your mental agenda; where you just let yourself go and surrender to the simplicity and “uselessness” of it all.

I guess being “useless” isn’t all that useless after all, ha-ha, since I strive for listeners to have two takeaways from “Time to Be Useless.” First, I want to inspire excitement about both brand-new emerging music and obscure independent classics. I’m constantly on a mission to dig out fresh sounds, lost treasures and hidden gems, and hope this is stimulating for listeners as well. It’s a modern tragedy of aesthetics that most of our culture blithely accepts the mediocre when there is so much incredibly interesting and beautiful music out there — it’s just a matter of whether one cares to seek it out. That discovery process is a thrilling journey and I see my listeners as co-adventurers in this quest, as we uncover and celebrate the best underground music together.

Second, besides just curating playlists, I love discussing music. It’s such a powerful medium and I believe it’s important to think about music intellectually. To that end, I hope to provide some insightful commentary for fans that want to not only discover and hear music, but also analyze and properly grok its artistic import. 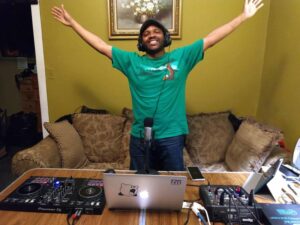 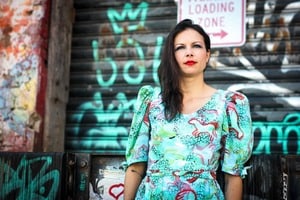 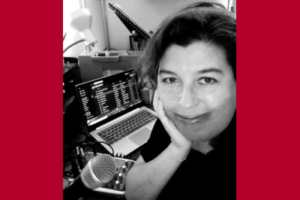